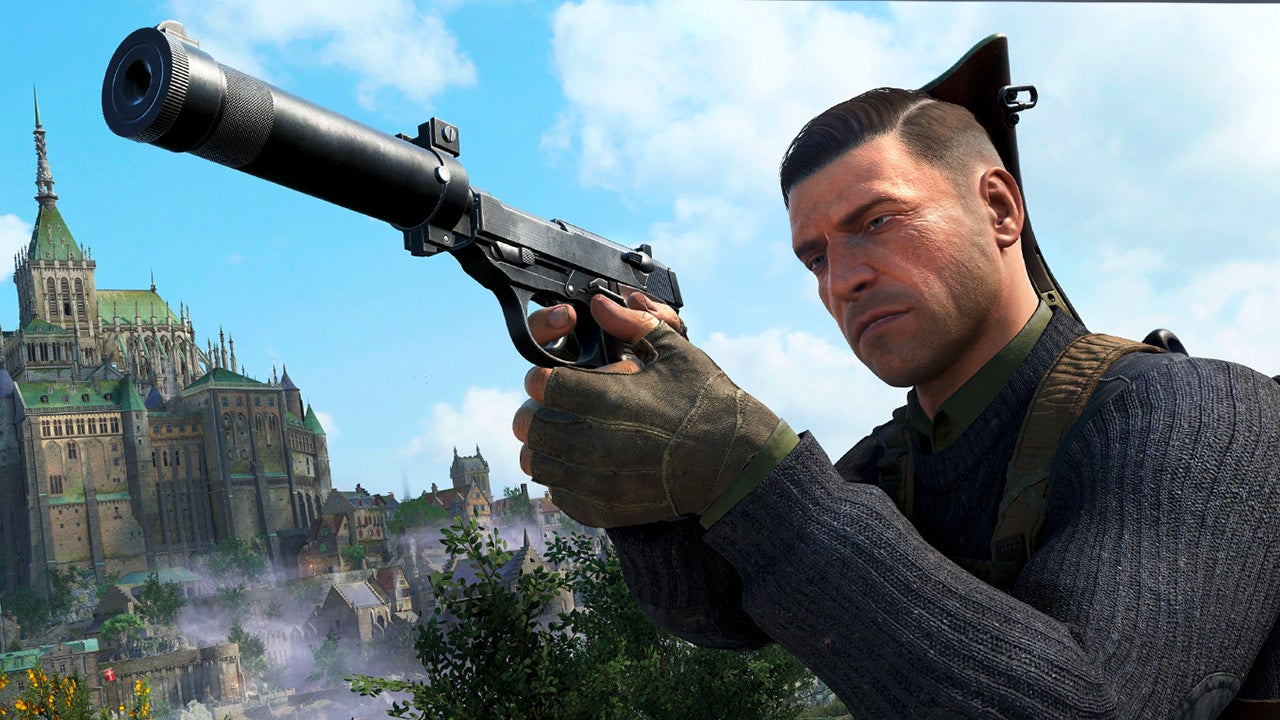 Prior to the infamous invasion of Normandy Beach on June 6, 1944, covert ops agents prepared the French theater of war behind enemy lines, and this is how Sniper Elite 5 sets the backdrop for one Sniper Elite veteran Karl Fairburne’s return to the PC and modern consoles late next month. Sniper Elite 5 reverts to – and improves upon – the series’ roots by placing you back into the third-person perspective and offering the expansive range of stealth options that Sniper Elite fans have come to know and love since the series started way back in 2005. However, it now has a few extra twists, including deeper weapon customization and expansive map layouts that offer plenty of ways to play, improving on (rather than revolutionizing) what fans already enjoyed about Sniper Elite 4.

Naturally, it wouldn’t be a Sniper Elite game without impeccable sniping simulation – this accounts for everything from wind direction to Karl’s heart rate, and I found it astoundingly easy to change the outcome of a battle by taking certain “irritants” off the board earlier than later. Which is to say, Sniper Elite 5 seems like it leaves plenty of room for experimentation in how you approach its open-world-esque maps, even if your experimentation just comes down to picking somebody out of a tower half-a-mile away, before then darting into the bushes and military-crawling your way through the neighboring encampment.

I spent several hours playing with these systems, and despite how challenging this combat is due to strikingly intelligent AI opponents, I never got bored coming up with a new strategy each time I respawned. Do I want to create a distraction at the main barricade and hide in the tower, later ziplining down to the forest grove once the coast is clear – or do I want to methodically take out the roving transports and then trap them with grenades and other explosives that go off when the enemy AI sends out soldiers to take a look at the wreckage? Not once did I get the sense that I was being railroaded into any particular playstyle. In fact, relying solely on my single-shot Welrod pistol was a viable strategy – if I managed to stay out of sight, which meant relying on Sniper Elite 5’s climbing system to avert enemy eyes.

I never got bored coming up with a new strategy each time I respawned.

Much like the previous Sniper Elite games, there are a variety of guns to play with, and each weapon has a signature feel to it. The series’ famous slow-motion killcam makes a return here, and your killcam shots also apply to pistols and SMGs if you manage to land a killing blow at a creative angle. It’s never a great idea to charge into battle with the limited arsenal Karl is able to carry at one time, and he’s always about two or three well-placed bullets away from death, but there are also a fair number of powerful weapon pickups spread across the map that give each area a special tactical advantage. For example, this tower contains a high-powered rifle that’s extremely useful for taking care of the Nazis guarding the front gates of this chateau, while this shed is filled with explosives. The map that I playtested had three major lanes, culminating at a massive compound within the chateau that spanned floors and tunnels that I may not have even seen in a single playthrough, and it’s this level of openness that gives weight to the number of tactical options that are made available.

Weapon customization is one of the marquee features of Sniper Elite 5, and it’s astounding how many different attachments and add-ons you can play with here. It’s almost to the degree of Battlefield 4’s customization, and that’s a compliment. In addition to weapon customization, you also level up gradually as you complete certain challenges and rack up your kill count, and your level even persists between deaths – but only if you restart the mission after dying. Each time you level up, you can place skill points into perks that unlock certain features, like being able to revive yourself after being gunned down. It’s an awfully nice way to alleviate certain challenges if you’re struggling to get through the map. Speaking of, it also sounds like there will be multiplayer features such as co-op and player invasions, kinda like in Dark Souls, though I did not get a chance to see this feature in action. That said, there’s enough openness to this map to make multiplayer seem like a natural fit at first glance, and it could be fun to keep an extra eye out for an enemy player flanking you or potentially even using your own tactics against you during a mission.