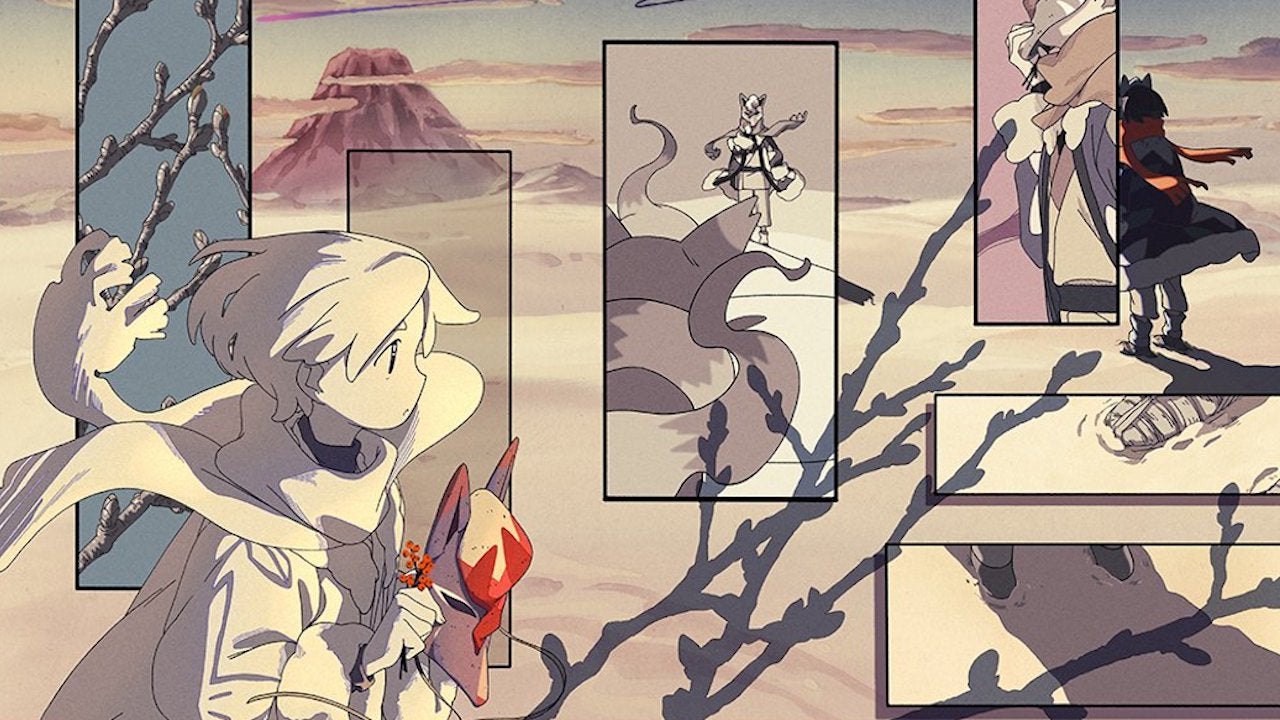 The first details have surfaced for Pokémon: Hisuian Snow, a new anime miniseries that takes place in the same locale as the franchise’s hit videogame Pokémon Legends: Arceus.

The Pokémon Company shared new information and artwork for its upcoming series Pokémon: Hisuian Snow, which was previously teased during a Pokémon Presents on Pokémon Day 2022. The web series will launch on May 18, with the first episode of the three-part animated series arriving on Pokémon TV and the official Pokémon YouTube channel.

Join Alec as he explores the region and has an encounter that may change the way he views Pokémon! Tune in for Episode 1 starting 5/18 on YouTube!

Pokémon: Hisuian Snow will center around Alec, an aspiring doctor, who boards a boat bound for the Hisui region, originally explored in the Pokémon Legends: Arceus video game. According to the press release, Alec’s quest to find medicinal herbs during his trip to the ancient land will see him reminiscing about the first time he accompanied his father there.

Alec’s father is said to have relocated to the Hisui region to procure materials for his woodwork but “came to fear Pokémon after a certain incident.” He offered a word of warning to his son, insisting that humans and Pokémon cannot coexist, but Alec’s interactions with a Hisuian Zorua might end up teaching him a different lesson about their relationship.

The Hisuian Zorua is a regional variant of the popular Pokémon that can only be found in Pokémon Legends: Arceus. The action RPG, which was released for the Nintendo Switch earlier this year, dropped players amid the history of Pokémon Diamond and Pearl’s Sinnoh location at a time when Pokémon were feared much more than they were friends.

IGN’s review of Pokémon Legends: Arceus described it as “an ambitious revamp that successfully revolutionizes the defining Pokémon experiences of catching and battling, but is unfortunately set in a drab, empty, and at times tedious world,” killing “the immersion of running around what should be an exciting natural world stuffed with Pokémon.”

Pokémon: Hisuian Snow is being produced by The Pokémon Company International in collaboration with WIT STUDIO, the acclaimed team behind Pokémon the Movie: Everyone’s Story as well as the popular anime show Attack on Titan. The new Arceus-inspired web series is directed by Ken Yamamoto from a screenplay written by Taku Kishimoto.