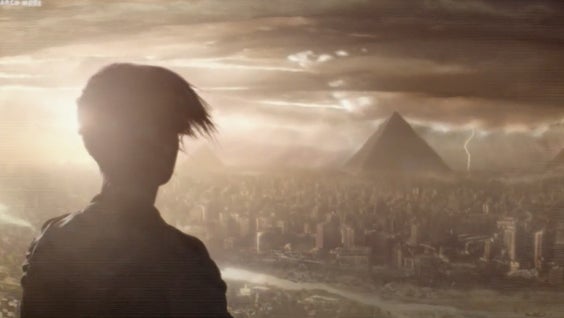 Following the Square Enix and Embracer deal, Crystal Dynamics will continue to co-develop Microsoft’s Perfect Dark reboot with The Initiative.

The Initiative took to Twitter to confirm the continued partnership alongside sharing the team has made “great progress” building the next-gen take on Perfect Dark.

“We’re excited to see Crystal Dynamics take these next steps with their studio,” The Initiative wrote. “Our teams have made great progress in building Perfect Dark together as co-development partners, and we will be continuing this work with them in their next chapter.”

The Perfect Dark reboot was first announced at The Game Awards 2020 as a first-person shooter with an “eco sci-fi” theme. The game, which would be the first new entry in the franchise since 2005’s Perfect Dark Zero, is “aiming to deliver a secret agent thriller set in a near-future world.”

In September 2021, The Initiative announced it was partnering with Tomb Raider’s Crystal Dynamics to develop Perfect Dark, saying the two teams “couldn’t pass up a chance to work together.”

We still have yet to learn more about what exactly the Perfect Dark game will be, but a report from earlier in 2022 suggested that The Initiative suffered significant staff departures over the past year. Two of the reasons cited for staff leaving are “a lack of creative autonomy and slow development progress.”

Embracer Group announced earlier this morning, May 2, that it had entered an agreement with Square Enix to acquire Crystal Dynamics, Eidos-Montréal, Square Enix Montréal, and a “catalogue of IPs including Tomb Raider, Deus Ex, Thief, Legacy of Kain and more than 50 back-catalogue games from Square Enix Holdings” for $300 million.

According to Square Enix, this transaction will allow it to invest more in the blockchain, AI, and the cloud.